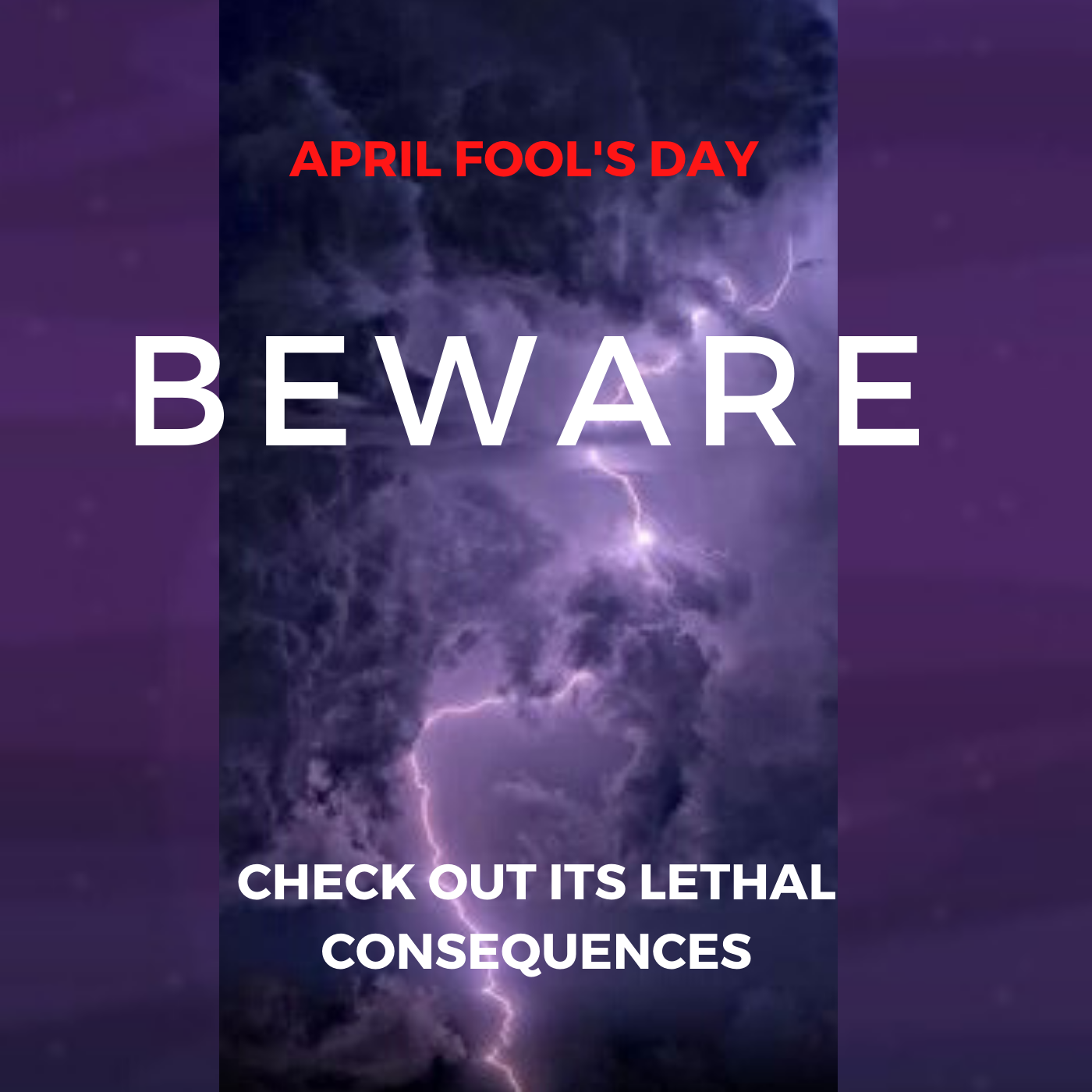 It is said that words are an object that makes you superior and words are what make you inferior. Your tongue can take you to the higher ranks and it can make you worthless in just a matter of seconds. Beware of April fool’s day pranks and jokes. They can even lead to serious situations most often.

There are numerous bad traditions and events that our today’s society has made mandatory. We need to condemn them as being a responsible human being. As being responsible for a better today and a better tomorrow.

We blame society but we are society. Unfortunately, we all have become too blind by society measures, that we have lost our unique sight. All we need is to stand firmly on our beliefs. Things that are harmful, we just need to stop them from spreading around.

We need to get mature enough to understand that some one’s life is not a thing to joke about. We cannot break some one’s loss just too suddenly just for the sake of entertainment. We should take people’s emotions into consideration.

Nowadays, even brands and well-recognized organizations are making false rumors. For example, launching an impossible product or service.

The main point we need to understand is “lie”. Lying is something unacceptable. It makes a person deceptive and dubious. It becomes difficult for him to gain the trust of others, especially with whom, he has made pranks.

Professionals and financial traders should be ready for this day’s pranks and jokes. They should be extra careful of new product announcements, or loss of news, etc. Don’t just take a step for investments on false rumors.

The world needs more empathetic, compassionate and kind people. It already has plenty of cold-hearted people. We don’t have an idea of someone’s difficulties in his life. Why do we choose to be cruel than to be kind?

We should condemn this day, this event and this tradition. We should boycott April fool’s day because it can have negative impacts beyond our imaginations. Because we should question ourselves before telling a lie.

Some people have a fragile heart. Some people are innocent who don’t have more social interaction and don’t know what this day is about.

Not everyone knows about this day, not everyone remembers that it’s the 1st of April, a day to spread false rumors. Let’s end this ridiculous and lethal event.

Quotes play a vital role in understanding the importance of the matter. Below are some quotes from which one can understand the ultimate consequences of speaking a lie.

“Tell a lie once and all your truths become questionable”

‘A lie may take care of the present, but it has no future.”

“A single lie discovered is enough to create doubt in every truth expressed.”

“Those who think it is permission able to tell white lies, soon grow color-blind.”

“Your lies will eat you alive.”

“Be careful of those who look you in the eye, and lie.”

READ MORE:  Fun Activities to do with your Father on Father's Day